The present economic situation leads to job insecurity for many employees. Consequences can be especially grave for highly skilled migrants, who not only stand the risk of becoming unemployed, but as a result can also loose their right of residence. An application for residence as an independent entrepreneur might then be a solution. What are the criteria for such a permit? And to which nationals do more favourable conditions apply?

A highly skilled migrant who becomes unemployed will be eligible for a search period of up to three months to find a new job as a highly skilled migrant (but the search term can not exceed the validity of the residence permit). However, finding a new job can prove difficult in the current market. An alternative might be to become self-employed and to apply for residence as an independent entrepreneur.

Residence as an independent entrepreneur is subject to strict criteria. Applications will be assessed on the basis of a point system, which consists of three categories: personal experience, business plan an added value for the Netherlands. At least 30 points have to be reached for each category (from a possible 100 points per category). Extra points are scored if the business has added value for The Netherlands (innovation, capital investment, creating employment). A residence permit can also be issued if for each of the two categories ‘personal experience’ and ‘business plan’ at least 45 points are reached. The Ministry of Economic Affairs assesses the application and advises the IND (Immigration and Naturalisation Service).

More favourable conditions apply to innovative startups who can substantiate that their product or service is new in the Netherlands, new technology is used in the production, distribution and/or marketing process, or that the business will operate in an innovative way. The startup must be supported by a facilitator who has a minimum of 2 years experience with coaching at least 2 individual innovative start-up business owners.

Highly skilled migrants already have experience with the Dutch economy and are generally highly educated, which will be an important asset when applying for a residence permit as an independent entrepreneur. Still, the application needs to be thoroughly prepared and even then success is not always guaranteed. A sound business plan will at least have to show that the business has a well founded financial base and preferably a case has to be made that it will have added value for The Netherlands.

There are several nationalities to which much more favourable conditions apply, on the basis of existing friendship treaties between The Netherlands and a number of countries. First of these is the Dutch American Friendship Treaty, on the basis of which for American entrepreneurs the main requirement for residence is a capital investment of at least € 4,500 in the business. The points-based system does not apply, a business plan is not needed and added value for the Netherlands is not relevant.
The same conditions apply to Japanese entrepreneurs. This follows from the Japanese Trade Treaty, which contains a most favoured nation clause. The term means the country which is the recipient of this treatment must receive equal trade advantages as the ‘most favoured nation’ by the country granting such treatment: (nationals of) the receiving nation may not be treated less advantageously than (nationals of) any other ‘most favoured nation’ by the promising country. The Dutch Council of State has confirmed that Japanese entrepreneurs are entitled to a treatment at least equal to American entrepreneurs (decision of August 8th 2008).

Less well known is that there are trade and friendship treaties between the Netherlands and many other countries that contain a similar most favoured nation clause, including treaties with the UK, Serbia, Bolivia, Colombia, Haïti, Liberia, Ethiopia, Jemen, and Iran. Although these treaties were concluded quite some time ago (some of them in the 19th century) they are still in force.¹ These treaties are rarely invoked but have huge potential. In one of the few published cases, the district court of Amsterdam has ruled that the favourable residence conditions for American entrepreneurs also apply to Bolivian entrepreneurs (decision of 7 September 2018). There is no reason to assume this would be different for the above mentioned countries. Therefore, there still is a world to be won!

If you wish more information on the possibilities for residence as an independent entrepreneur, please feel free to contact Rutger Heringa.

Rutger Heringa has been working in the area of immigration law since 1995.
With his experience, he is the right lawyer for residency cases. Rutger Heringa will be happy to advice you on all matters regarding residence and assist you in the application process. 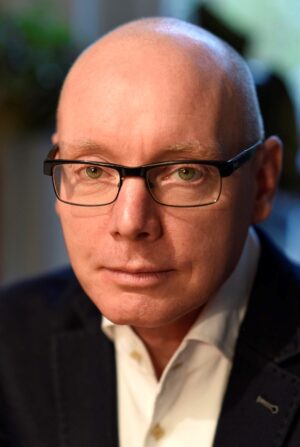 Relocating While You Sleep: RAFTS®

Taxes and Social Security in the Netherlands

THE Relocation Experience: The RAFTS™ App